Home » Blog » Quitting Substance Abuse: It’s Not Just A Matter Of Free Will

Quitting Substance Abuse: It’s Not Just A Matter Of Free Will

Although there is still so much we do not know about addiction, the following are a few critical and definitive facts that we do know, and as a result, change the entire landscape as we have known it, and subsequently, the ways in which we treat the disease. 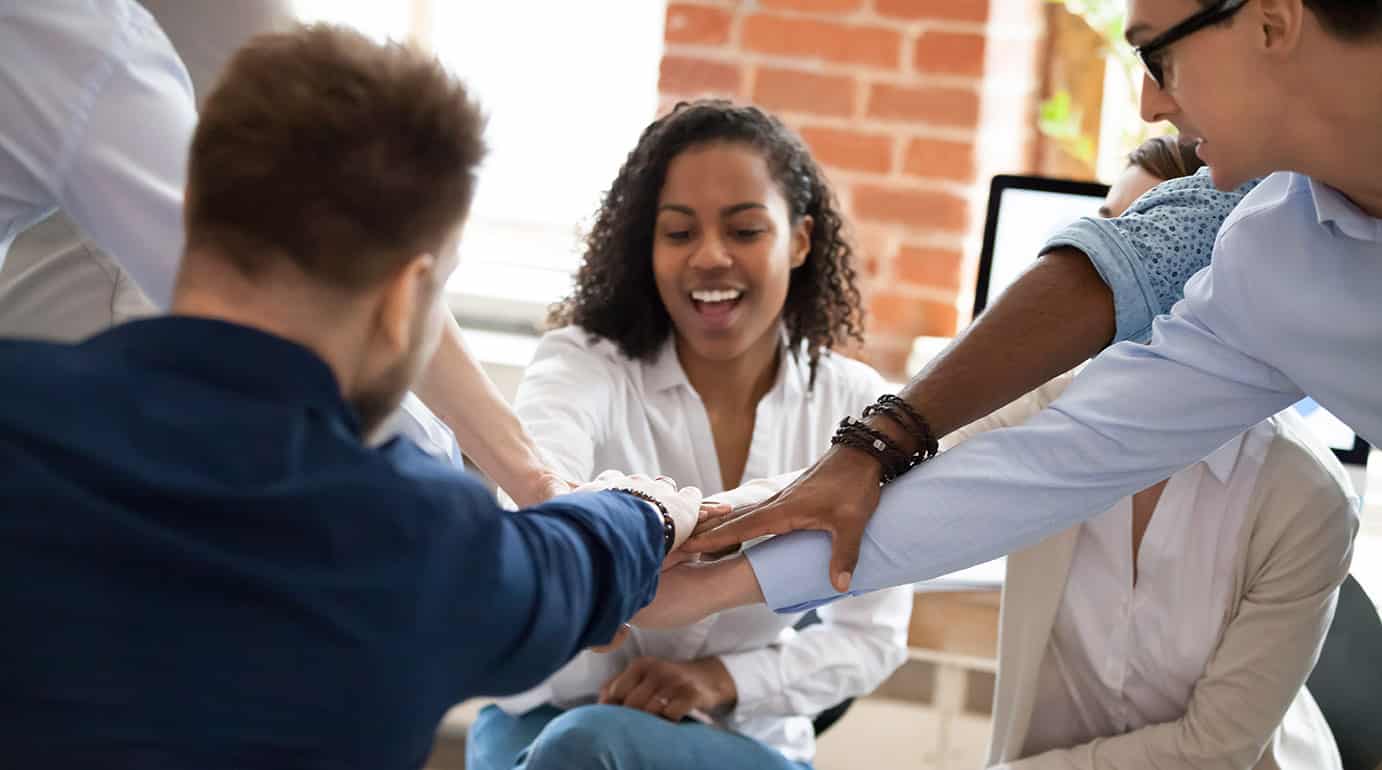 There is much debate about addiction and how to combat it. And there is plenty of judgment about those who are addicted to alcohol or other drugs. Years ago, the alcoholic was the town drunk–a sloppy, slovenly, lazy bum who deserved the life he chose. The addict was the irresponsible druggie who partied way too hard, was selfish and immature, and given her frequent promiscuous activities, clearly had no respect for her body–she asked for it. If they wanted to stop, they would. It’s free will. Period.

Today, the alcoholic is your dentist, your neighbor, your best friend. The heroin addict is your relative, your teacher, or perhaps, even you. While there still exists plenty of criticism, it seems that addiction is hitting closer and closer to home, or worse yet, at home. Those with a substance abuse disorder are increasingly looking less like degenerates and more like average Americans. But they can’t necessarily just stop. Why? Science.

While there exist many uncontrollable as well as voluntary factors that can cause increased chances of addiction starting, once the brain has been affected by drug use, there are several scientific factors that often seriously prevent addictive behavior from stopping.

Although there is still so much we do not know about addiction, the following are a few critical and definitive facts that we do know, and as a result, change the entire landscape as we have known it, and subsequently, the ways in which we treat the disease. Through decades of research, we have learned those suffering from addiction do not have the “free will” they had before becoming addicted. That is, the brain and how it operates is physically changed as a result of drug abuse.

The National Institute Of Health (NIH) identifies, at a minimum, three regions of the brain that are affected by drug use, and in some cases, irreversibly so: 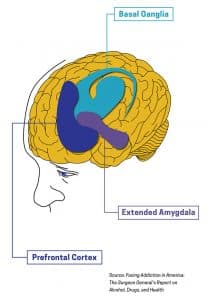 This is sometimes referred to as the “Reward Circuit” because it is the part of the brain that is responsible for pleasurable feelings.

Common examples would be those from sexual activity, winning an award, eating a decadent dessert, etc. Similarly, it is here where the euphoric feelings from drugs are felt, but at a surging and extreme level. Consequently, while the “high” sensation can be absolutely exhilarating, it is also overwhelming to the brain. Eventually, the more the brain is stimulated in such a hyperactive manner, the more it adjusts, and the result is a dangerous duo:

It becomes a vicious cycle where, regardless of what the person may otherwise rationally choose to do, the brain essentially takes over and reacts as it has been reprogrammed to do, a direct result of past interactions with the drug.

Consider this area of the brain to be the Stress Management Site.

This region of the brain has an essential role in how we react to anxiety and other unpleasant feelings. In a healthy brain, the reaction to uncomfortable and anxious feelings is a controlled one. However, a brain that has been subjected to drug abuse becomes less able to manage such feelings, and in fact, craves and physically needs the drug even more in order to cope.

And thus, another vicious cycle engages, and the person ends up doing more and more of the drug to quell the paralyzing feelings of angst. In this cycle, the motivation isn’t to get high; it is to block the mental discomfort [but is a futile attempt] to feel “normal” and at ease. Of course, that feeling is temporary at best, and the fire continues to be fueled by the drug.

This is a Think Center within the brain.

It is where we reason, plan, and make decisions. When the Stress Management Site and the Reward Circuit and are both repeatedly compromised and unable to work in a healthy capacity, imagine what is happening within the Think Center. It is a chaotic cloud where impulse control is barely, if at all, functional.

A person with a substance use disorder is often unable to realize there is a problem, let alone the extent of the problem. Due to the damage within this part of the brain, that person cannot control impulses, and especially the impulse to obtain and ingest more drugs, no matter the financial, criminal, emotional or physical cost to oneself or others.

The will to live can be the most powerful force within a human being. But under the abuse of drugs, the will to use can be just as strong, and ironically, the drug inadvertently becomes the will to die. That is why those with substance abuse disorder will lie, cheat, steal and even neglect their own children; they become blind to everything but the drug because they physically need the drug. But there are proven ways to break the cycle. There is always hope, and the trained professionals at Wavelengths take a multi-faceted approach that is also tailored to each individual participant’s needs. If you or someone you know needs help, call Wavelengths at any time on any day, including weekends and holidays: 844-392-8342