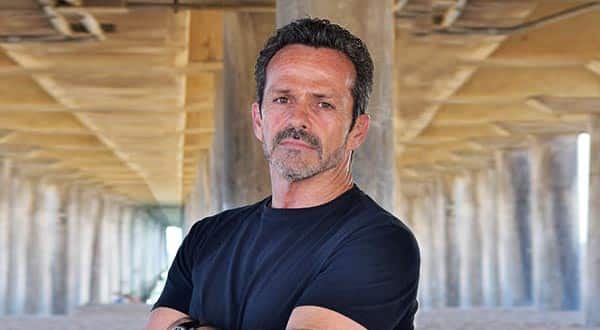 Warren Boyd is an interventionist and addiction specialist. Over the past 28 years, Boyd has helped thousands get on a sober path. A recovering addict himself, Boyd’s time in prison and ultimate choice to get clean gave him a unique insight into the minds of addicts. His personal knowledge of their problems, dynamic means of intervention and 24-hour service, led his humble counseling efforts to grow into a large network of private rehab centers. His passion and remarkable methods have been covered by Oprah, FOX News, NY Daily News, The View, Good Morning America, and an A&E documentary. Boyd’s personal story became the inspiration and foundation of A&E’s gritty drama “The Cleaner,” starring Benjamin Bratt.

Boyd’s story is one of addiction, redemption and ultimately success, as his rehab centers and television show help more and more people each day. Raised in Northern California, Warren Boyd’s early years were riddled with trouble and addiction. By the age of 32, he had multiple DUI convictions and spent time in prison. Addicted to both alcohol and cocaine, Boyd had been in and out of numerous rehab programs with zero success. According to Boyd, “no one could talk any sense into me.” The turning point that would ultimately change him and eventually lead to his professional life today occurred in 1990; the birth of Boyd’s child completely changed the way he saw the world. He realized the first time he held his infant daughter that he must achieve sobriety. With 15 more months to serve in prison, Boyd began attending 12-step meetings and started to get clean. During his most chaotic time of heavy drinking and drug use, he realized he trusted no one. The only thing he could trust was something intangible…something he couldn’t see. He called it God – it was easier to trust something invisible as it was not going to come banging on his door. Boyd’s spiritual awakening was triggered by the birth of his daughter and it led him to believe that whatever you choose, whatever you call it, you need some sort of contact – someone to talk to, someone to understand you.

Once released from prison, Boyd vowed to devote his life to helping others break the cycle of addiction. He has said “It doesn’t matter if you’re a celebrity, a law professor or a construction worker. Addiction is a struggle for everyone.” Boyd’s experience with his own addictions and new-found sobriety taught him that sometimes addiction intervention calls for swift action. His unyielding drive to make a difference has helped thousands, from celebrities to civilians, break the vicious cycle of addiction and stay clean. For nearly three decades now, Boyd and his team have rescued other addicts through intervention. He notes, “If you want something you’ve never had, you must be willing to do something you’ve never done.”

Contributing to his current success, Boyd has served as a key consultant in the planning and implementation of numerous residential drug treatment facilities to include Walden House (for addicts and ex-convicts) and Female Offender Treatment Education Program (supportive treatment and transitional housing for mothers and children). Boyd’s experiences and intimate knowledge of addiction has enhanced his understanding in such areas as drug use prevention, physiological effects of drug and alcohol use, drug and alcohol rehabilitation, effects of drug use on family units, suicide prevention and channels of rehabilitation.

Hollywood has embraced Boyd and his unyielding desire to make a difference. For 2 years, Boyd served as co-executive producer of A&E’s “The Cleaner”, a series that was loosely based on Boyd’s real-life persona. His intention for “The Cleaner” and his other TV projects in development are to show people things that they do not know to look for – or perhaps do not know about – to help them with their loved ones. His overall message is trust the process…the process of people trying to help other people.

As Chief Executive Officer and Founder of Wavelengths Recovery, Boyd currently has a span of control over several transitional supportive living homes, two State licensed and nationally accredited outpatient facilities and six residential/detox treatment homes, all with advanced certification in Incidental Medical Services. His team of treatment providers includes a Medical Director, certified by the American Board of Addiction Medicine, and licensed clinicians that are second to none. Collectively, they are making a difference in the lives of addicts and fulfilling Boyd’s hope for redemption, one client at a time.