Separating the Person From the Disease: Why We Should Say “A Person With An Addiction” and not “An Addict” 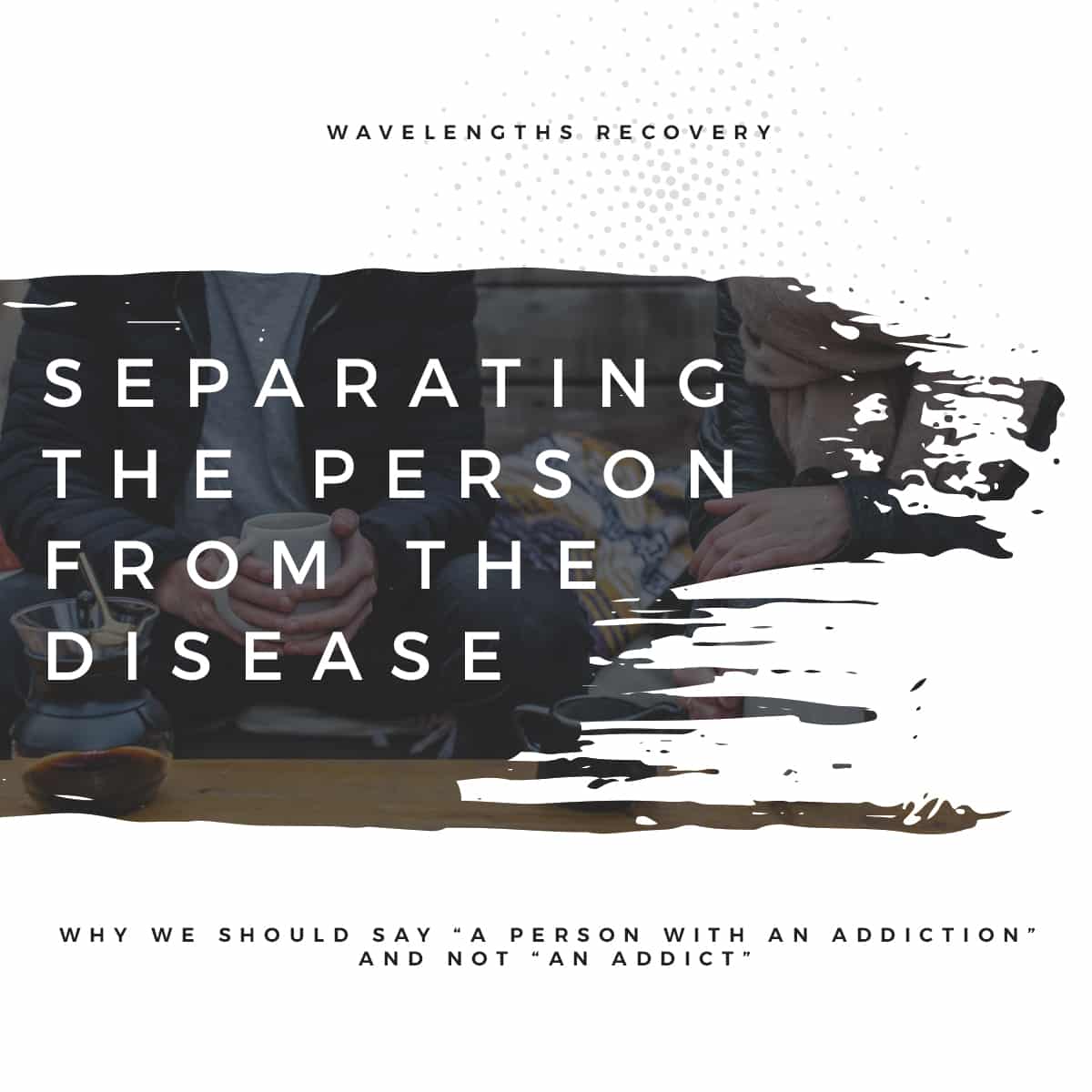 This will be a controversial blog, but it is meant to help everyone think who are involved in addiction.  For numerous years, people who have been called addicts have faced a stigma.  They have been called “addicts” and the title of this has had a moral issue attached to it.  “They can’t control themselves and they just aren’t good people”, or other things like these comments have made people facing the disease of addiction feel less than other people.  It is a disease, like all others in that it isn’t chosen and it is medical.  Studies have found out that it can be inherited, based on prior abuse or trauma, or other reasons but not something that people who face addiction issues can control without concentrated help. Judgment from how society saw this in the past makes it a challenge to be recognized without stigma.  And the way we speak about it also can support or degrade people without any realization of how we are speaking.  This is meant to think about how society speaks about “a person with an addiction”.

The Associated Press has taken an important step in recognizing people with diseases and disorders with the wording of “phrasing like he was addicted, people with heroin addiction or he used drugs”. (AP Stylebook) Simply put, we need to separate the person from the disease.  This is part of their new edition of its widely used Associated Press (AP) Stylebook, which also clarifies another language to maximize precision and reduce bias in addiction coverage.  The AP provides news to 15,000 media organizations and businesses and very influential in setting the standard for writing usage.  It is important to help take away that stigma of this disease as being a moral one and instead recognize it for being what it really is.

News media talk is one issue:  we have 12 step support groups that are used in at least 80 percent of American addiction care where people are encouraged to identify as “addicts” or “alcoholics” when introducing and sharing.  This kind of wording is another issue that some consider as “almost self-punitive language” (Associated Press editor Jeff McMillan).  For many who believe in self-talk and positive affirmations in their daily life, this kind of talk supports the negative part of recovery and not the “speak the words you want to believe” kind of mentality.  “I am ________ and I am a recovering addict/alcoholic”, or “I am ________and I am no longer dependent on addiction to heroin” might be more on the thinking of these affirmation focused individuals. These new ideas in thinking about the power of words and how our minds remember and carry this around in our subconscious is encouraging, supportive, and de-stigmatized.  And society has become extremely focused on everything we say as being “politically correct”.  Are we now trying to be “mentally correct” or “physically correct” in our speech?

The focus is on giving people a vocabulary with which to talk more accurately about addiction.  Addiction and dependence mean relying on a specific substance to function normally.  People who take medications for blood pressure, depression and diabetes may suffer withdrawal if these medications are stopped abruptly. The wording of “dependence” can be taken away as connected with addiction identification with this focus on word change. Addiction is a medical disorder marked by compulsive drug use despite the understanding there are negative consequences, including possible overdose and death.

Addiction is always a disease-orientated problem, but dependence may not be.  We can be dependent on a substance that is necessary for our health and successful living.  Again, helping society with wording about this can help support the implied negatives of these words.  This also can help people become more focused on seeking appropriate care.  Some treatments are mischaracterized as merely replacing one addiction with another, and this isn’t the safest and best solution.  Replacing opioid addictions with methadone is a perfect example.  Let’s not let dependence become addictive, harmful behaviors and misuse.  And risky, misuse and unhealthy behavior are not describing just addictive actions.

Language is complicated and slow to change, especially for a group that has been morally judged, criminalized, fighting stigma and misunderstood. If the media begins to talk about people that have the disease of addiction with the same respect that they use for other patients, and the more supportive all language can become —perhaps the rest of America will start to accept this. Addiction is a medical disease with no regard for who it affects. Giving people a vocabulary adopted and understood by The New York Times, Associated Press and CBS News is a big start.  “This can genuinely help improve drug treatment and drug policy reducing stigma against lifesaving forms of treatment—amid an overdose crisis that shows no signs of slowing.” (Maia Szalavitz, NPR)

“I am _______ and I am a recovering addict/alcoholic”.  “I choose to accept my disease and work to believe in the power of change”.  “I am healthy, whole and healed”.  “I am a beloved child of God, pure and perfect, whole and complete”.  I am a person with an addiction.